Assassin’s Creed Rogue,one of the several installments of serie,announced in march 2014,with the codename “Comet” has been released for Playstation and also for  XboX  in november of 2014 and different markets North America,Australia and EU had slightly different release dates.This march it will be released for PC.Let’s take a look on it.

Assassin’s Creed Rogue is a 2014 historical fiction action-adventure open world stealth video game developed by Ubisoft Sofia and published by Ubisoft.We will be able to see how Bulgarian branch of Ubisoft has done the work when it becomes available on Windows machines.The story is set in the mid-18th century during the Seven Years’ War, and follows Shay Patrick Cormac, an Assassin-turned-Templar. Gameplay in Rogue is very similar to that of Black Flag with a mixture of ship-based naval exploration and third-person land-based exploration with some new features.

Assassin’s Creed Rogue is visually great game,at least what we have seen so far.Naval aspects from previous games will return with the player controlling Shay’s ship, Morrígan.Morrígan has a shallower draft,which allows him to sail on the rivers.

For combat, the game introduces an air rifle, which allows the player to silently take out enemies at a distance. The air rifle can be outfitted with a variety of different projectiles, such as firecrackers. The player can also use a grenade launcher, which fires off shrapnel grenades and other loads.Hand-to-hand combat has been slightly altered, and now enemy attacks can be countered with timing, similar to the Batman series of games. Enemy Assassins feature archetypes similar to previous games, using skills that players have been using throughout the series; they can hide in bushes, blend in with crowds, and perform air attacks against the player.Poison gas can now be used as an environmental weapon, and Shay has a mask that can mitigate its effects.

Side missions and activities return, with a number of them based on those of the previous games. Reflecting Shay’s role as a Templar, the game introduces a new side mission: Assassin Interception. These mirror the Assassination side missions in previous games, in that Shay, after intercepting a messenger pigeon carrying an assassination contract, must prevent a Templar agent being assassinated by finding and killing Assassins hidden nearby. 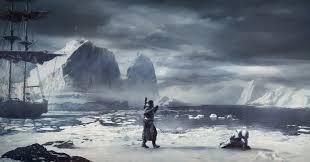 The engine used will be AnvilNext which already has been used in the Assassins Creed series, as well as in the Prince of Persia and upcoming Tom Clancy’s Rainbow Six Siege.Composer of the music is Elitsa Alexandrova.

This  table below represent Assassin’s Creed Rogue reception according to various game critique:

One thought on “ASSASSIN’S CREED ROGUE – coming for PC”