“The Burning Legion has returned”, and that’s bad news for Azeroth. The next World of Warcraft expansion is called Legion. It includes a new continent called The Broken Isles, a level cap hike to 110, new dungeons and raids, a new honor system, artifact weapons, class order halls and a new demon hunter class.Blizzard does not mess around when it wants to announce something, and more is sure to be revealed in the coming weeks.

The upcoming World of Warcraft: Legion, which Blizzard announced at Gamescom today, looks like it’ll be full of changes and additions people wanted to see in the game. Let’s go over a few of them. 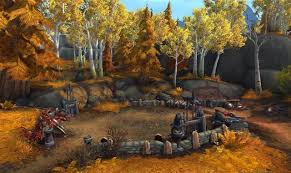 PvP in Warlords of Draenor is a bit messy right now. The wait to get into the level 100 PvP zone Ashran sometimes takes hours and the loot is never worth it. More importantly, it’s just not fun. A completely redesigned system for PvP is really good news. It’ll use talents designed entirely for PvP, so PvE won’t mess up battlegrounds and PvP. It’ll be an entirely separate thing.

Artifacts should help. These custom weapons are powerful enough to battle the invaders, and forging them will be an important part of Legion’s story. There are 36 versions for different specialisations, and all can be altered to suit your tastes. As the weapon grows in power you can significantly change the way it looks, and unlock a tree of traits that synergise with your class in powerful ways. One trait for the Death Knight’s artifact lets them resurrect, for example. Druids who can’t wield a giant impressive sword or hammer can instead customise their form.

Blizzard feels “as though we’ve done dungeons a bit of a disservice”. The plan is to do more dungeons in Legion, and give players more reasons to keep running them. Blizzard showed stills of the Halls of Valor—a golden palace inspired by the mythical halls of Valhalla. Black Rook Hold is set in an ancient elven military structure carved out of a mountain, and the Vault of the Wardens will offer more insight into Gul’dan’s schemes. Blizzard listed six other dungeons, the Eye of Azshara, Darkheart Thicket, Neltharion’s Lair, Helheim, Suramar City and Violet Hold.

Now for the new class, the demon hunters. Expect a “very unique starting experience”. They start at a high level so you can immediately go into the Legion areas. Two specialisations are mentioned: havoc (DPS) and vengeance (tank). As you might guess from their aggressive horned faces, Demon hunters don’t really heal much. Here are some things that demon hunters can do. Eye lasers! Chaos explosions! Wall-hack mode!

Legion will significantly change the honor system. WoW devs feel that there can be too much of a power disparity in PvP, and want gear to be less important. The new honor system lets you achieve ranks to unlock PvP talents designed exclusively for player vs player combat. As you push up through the ranks can pick and choose from a growing skillset to customise your tactics. You can also reset your honor level to gain prestige ranks and unlock cosmetic rewards (including unique PvP looks for your artifacts).

Question is,will you keep playing WoW or not?!