This is a new title coming from Double Damage studio.It should be space simulator game.Authors promise strong enough story to stand out.

This is an action packed swashbuckling space opera.In this RPG space simulation game you will choose to be maybe a roguish do-gooder, crafty space-trader or power-hungry privateer — or maybe a little of each!Set in a galaxy of fantastic sights, and secrets to be found, Rebel Galaxy is above all a space epic of adventure, exploration, and combat.

Rebel Galaxy builds a diverse universe by fusing together different qualities that a planet can have, in an effort to make each discovery feel new, untouched by human hands, just like space should. “The solar systems themselves are generated with a variation of a piece of software called Accrete that generates solar systems based on dust accretions,” Baldree says. “We start with a solar system itself, which can have different kinds of planets, and each of those filters down with what different kinds of governments and economies can be on those kinds of planets. And then we populate that with, I’m going to call them ‘set pieces’, this might be an asteroid belt or a nebula or whatever. These are distributed according to certain rules, and so it’s built up in layers of randomness. And then the missions, those are going to choose locations based on whatever parameters the mission has, as far as where they’re going to be, how far away, and so on and so forth. Where stuff is, and the kinds of things it’s near, and the kinds of enemies you’ll face, is, to a certain extent, unpredictable. You might be having that first battle in a lightning storm, in a nebula, way off on the rim of a solar system, or it might be really near some starting station.

Travis Baldree and Erich Schaefer know what it takes to bring successful games to market. You might say that they’ve become pretty good at it.

Schaefer co-founded Blizzard North where he was a pivotal part of creating the Diablo series. Later, he co-founded Flagship Studios in order to make Hellgate: London. Baldree created Fate and, when he went to Flagship, had a hand in building Mythos. Later the pair teamed up to found Runic Games, where they gave birth to the successful Torchlight series.

But after those successes, Baldree and Schaefer say they also know what it’s like to be in a rut. They’ve each spent a long time making games — specifically action role-playing games. Cumulatively, they’ve been at it for close to 30 years.

“Most of the characters you interact with, you do out in space. So they’ll be the captains of other ships, which could be military, or pirates, or merchants.  And then they’ll be characters that you’ll interact with on stations. So there’s always a bartender, because every station has to have a bar. There’s mercenaries that you can talk to and interact with in the bars, and you can hire them, and they have their own personalities and ships. Story characters, which come from various different alien races, or human, or robot. You either interact with them in ships that you find out in the world or again on these stations.”

In this universe, you can choose who you want to be. There’s no physical representation of the player in Rebel Galaxy, so you’re not bound by character customisation tools. “[You’re] very much a blank slate, the character is you,” says Baldree. “The gender is never referred to, the race is never referred to, you can be whatever. I have two girls, and they don’t appreciate it when they have to play a guy.” 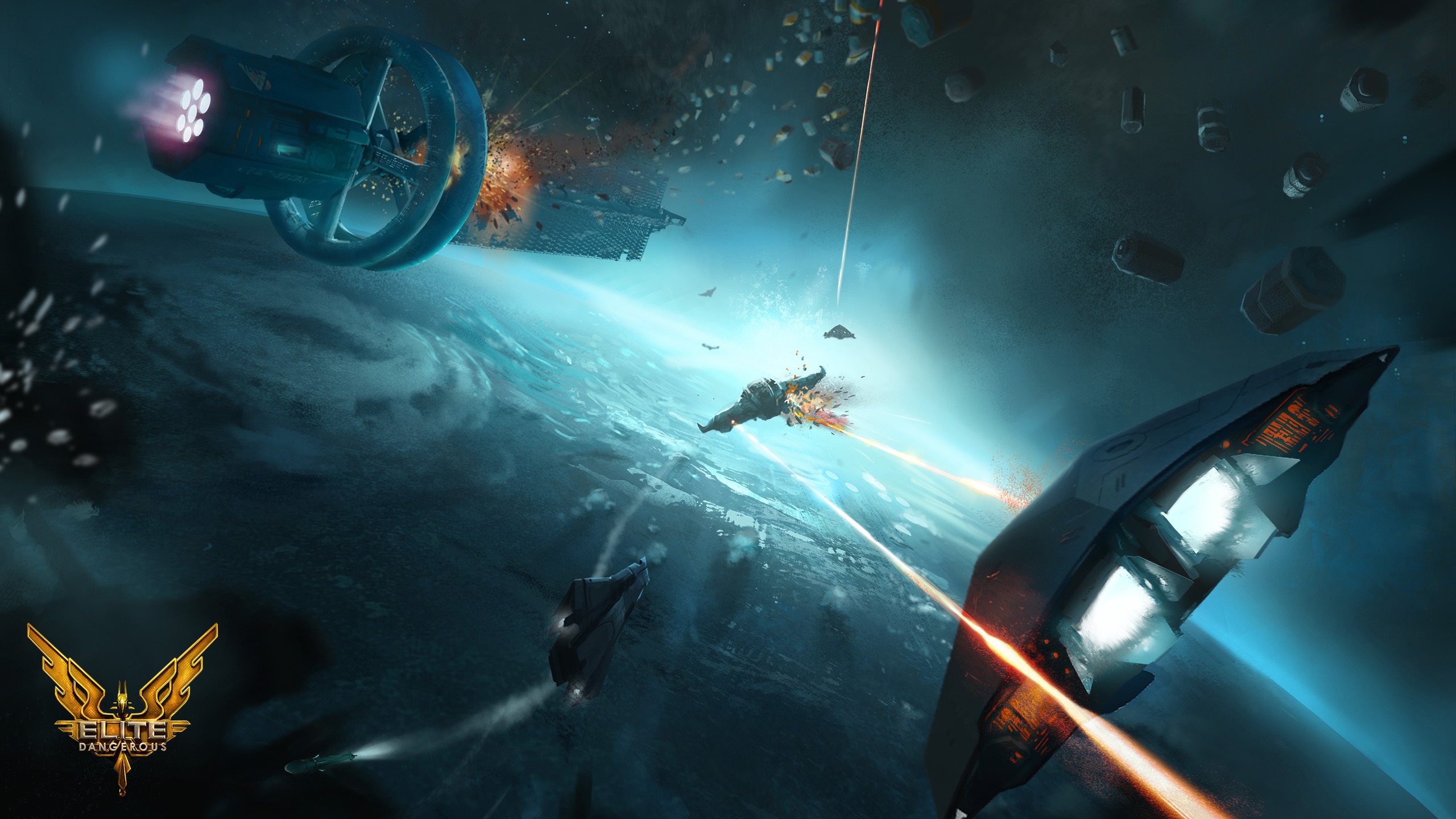 “It’s menu based, there’s background scenes that you’re navigating between when you’re on a station, but if you think about classic Wing Commander Privateer, when you dock with a station there’s a series of scenes that you go between, and characters that you interact with, but you never see your character, you’re not walking around physically.”

“In a sense, you are the ship,” Schaefer adds. “So instead of role-playing games we usually make, you give yourself helmets and swords and stuff, this is the ship and you outfit yourself with new defences, new weapons and turrets. The other way that you can express your personality is through the dialogue trees. These enemy captains that hail you out of space, they’re probably asking you for help, or they’re demanding you drop your goods and flee. But you get a lot of dialogue choices to either be aggressive towards them, or defer towards them. But there are ways to express your personality through the dialogue choices.”

Baldree continues: “They’re all tied into the faction system too, so how you treat people actually affects how that faction will respond to you in the future. So if you go around insulting a bunch of merchants, merchants in general, of the same faction, may not appreciate you so much. The same is true for the military or pirates. So you can pretty heavily push your faction back and forth. If you want to be a pirate, you can ingratiate yourself to pirates through combat, through hailing and talking to them, to doing morally questionable missions out at smuggler stations. Once you’ve done that, you get access to pirate stations, and you can talk to pirate mercenaries, and you’re going to get different kinds of missions available.”

Your choices aren’t judged on a binary scale in Rebel Galaxy. Factions have their own sense of morality, and your actions will change the way characters treat you, but you won’t be sprouting devil horns after a particularly ruthless exchange.