Quantum Break is undoubtedly the oddest high-profile game of this generation. Developer Remedy has a history of making games that lean heavily on pop culture, movies and horror fiction, but with Quantum Break, it’s leaped across the gap from borrowing to actually creating something new.

In Quantum Break, it takes the cutscene and pushes it to its logical extreme, with the five-act game being interspersed with four 22 minute TV episodes. Now we’ve sat through some long cutscenes before – just think of Metal Gear Solid 4, for example – but these are something else: well-budgeted, live action efforts, and starring actors you’ll recognise. Each episode changes depending on the choices you make in-game, too, showing different scenes and outcomes to make it a truly unique piece of interactive fiction.

As well as straddling the genres of TV and gaming, Quantum Break is also noteworthy as the first game to be published simultaneously across Xbox One and Windows 10. Today, that means you can simply buy Quantum Break straight from the Windows Store, but once Microsoft brings its two huge gaming platforms together as part of its Universal Windows Platforms (UWP) initiative, it could eventually break down the barriers between console and PC hardware altogether, changing the very nature of console hardware launches.

It all sounds like quite ground-breaking stuff, but in reality, it’s clear that Remedy has rather overstepped its reach with Quantum Break, as the game itself isn’t that far removed from titles like Uncharted or Rise of the Tomb Raider once you look past its lofty aims and ideals. Regardless of whether you choose to play Quantum Break on PC or Xbox One, this is a very familiar third-person shooter whose platforming elements are spiced up by its time-travelling narrative.

Without giving away too much, the game revolves around childhood friends Jack Joyce and Paul Serene, played by Shawn Ashmore and Aidan Gillen respectively. Serene persuades Joyce to help him activate his time machine, which works but has terrible consequences. It’s never quite explained properly, but this creates a fracture in time that spells the end of days for time itself, so it’s up to Joyce to save the day.

As with any time travel plot worth its salt, the actual plot is a lot more complicated and convoluted, and Remedy does a great job at keeping you guessing as to what’s really going on and how it all hangs together until the very end. While the game sections are centred around your actions as Jack, the TV elements deal with events occurring to characters elsewhere. This cleverly avoids the player having to watch Jack make decisions that would be counter to their own thinking.

You do get a modicum of control over what occurs in the TV sections, though. Before each one you get to make a single decision, one of two paths the story can take. You get to preview each choice to get an idea of how they might play out in the game, but I often found myself nonplussed about either option. It’s a shame that these decisions feel so divorced from the game itself, as they could have been integrated more into the gameplay, perhaps becoming unlocked by completing extra objectives, for example.

Remedy has always liked the schlocky side of things, and Quantum Break is no different. The TV-segment budget is decent enough, but this is still pretty hammy stuff – and all the better for it. In tone and theme, it’s closest to JJ Abram’s excellent Fringe, and it even counts the excellent Lance Reddick among its cast members. However, whereas Fringe has whole seasons to get into its stride, Quantum Break has just 88 minutes to play with in total, which simply isn’t enough time or space to develop its characters properly.

It may not be perfect, but I was intrigued and amused by the integration of the TV sections. Sadly, the actual gameplay, while reasonably engaging at its best, is simply far too slender for a title of this prominence. There’s just not enough of it, both in terms of sheer quantity of playing time or the variety of its mechanics.

The gunfights are great fun at first, and your time-bending abilities give you some great tricks. You can freeze time in a small area and then pound ammunition into it, resulting in a barrage of fire when time snaps back into place and one very dead bad guy, or you can perform a instant dash and create a brief window of slow-mo bullet-time. You can also throw time-ripping bombs, which act a bit like fancy grenades, and perform vicious melee takedowns in mid-dash. Combining these abilities, you’re pretty much unstoppable.

Your later enemies are capable of some similar tricks, but I never felt under pressure to really make the most of Joyce’s available toolset. The number and different types of enemies can be counted on one hand, and the areas you fight in are nearly always small arena-type areas where you have to defeat everyone before you can continue. After a while, it all starts to get a bit repetitive, and the new mechanics quickly dry up.

Likewise, the platforming sections are so simplistic that they make Tomb Raider and Uncharted look like complex puzzle platformers – and that’s saying something. Much of it takes place inside individual time fractures, too, which requires you to either freeze time or use your dash to dodge past obstacles. It’s an incredible effect, particularly when objects are looping back and forth around you, but when there’s little to no puzzle element involved at all, it doesn’t feel like they’re being played out to the extent they could be. 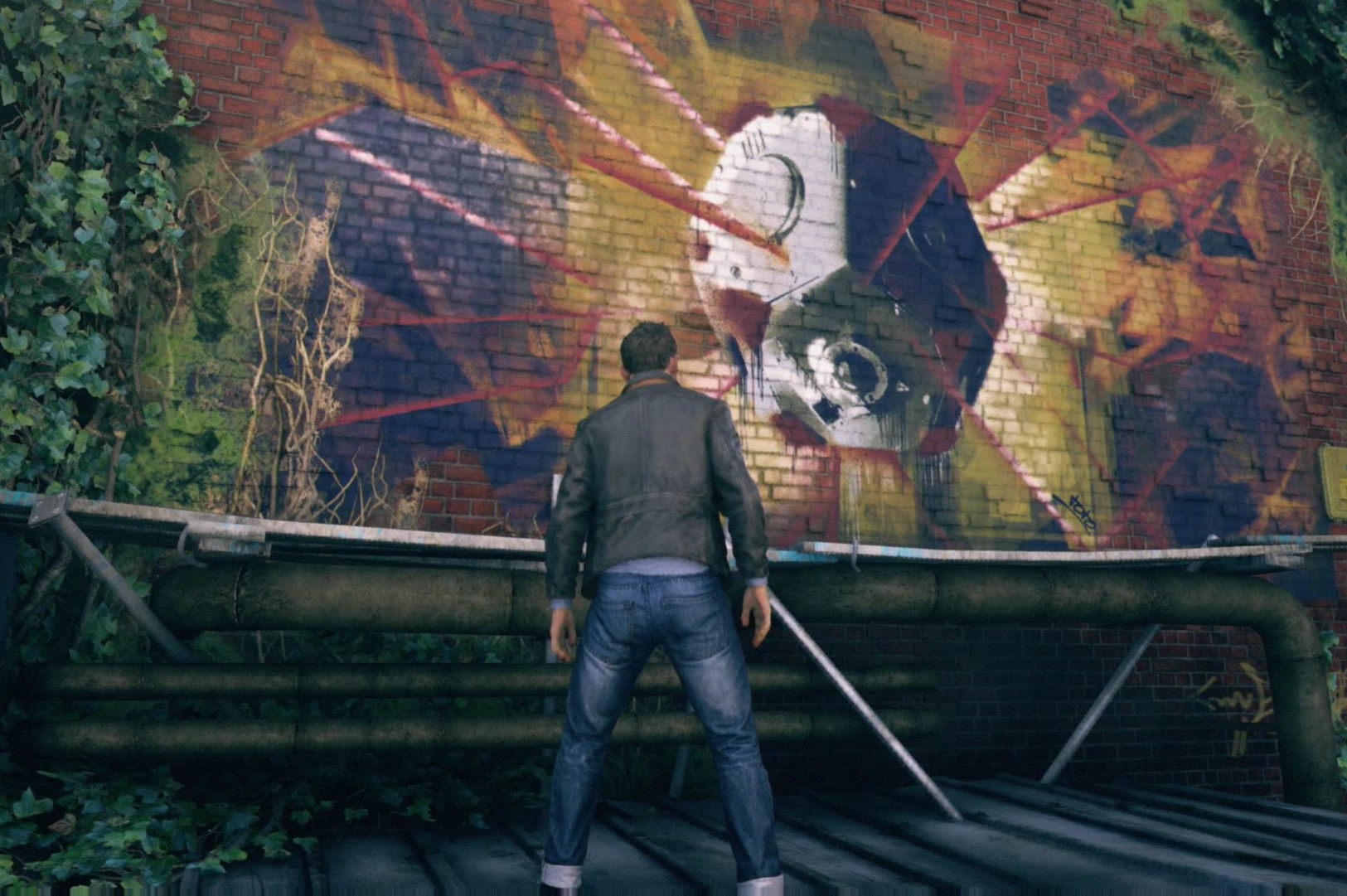 Admittedly, the presentation is pretty amazing, and Remedy’s graphical representation of the breakdown of time and your ability to bend it to your will is nothing short of brilliant. Everything ripples and glitches around you, and the sky itself is even smashed into shards. Levels are also highly detailed and packed with atmosphere – at least when you’re not wandering through yet another stark and clinical corporate lab.

For all its visual glory, though, the entire game feels both very claustrophobic and rigorously signposted. It does fit with the theme of the story, where the unchangeable destiny of the characters’ futures looms large over their actions – but this doesn’t necessarily make it fun.

It’s also worth pointing out that despite Microsoft’s massive server power and technical prowess, it’s no Netflix when it comes to streaming video. I suffered from glitchy frame rates and some horrendous video compression while I was reviewing the game even though I have a fast internet connection. This may change on launch, but if you can, I’d strongly recommend downloading the TV elements before playing, even if they do weigh in at 75GB on top of the 50GB game. 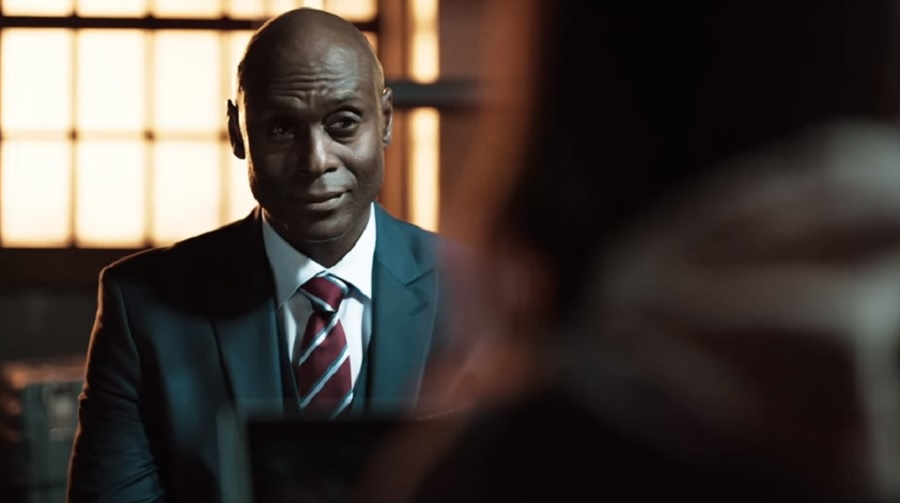 Quantum Break isn’t a complete failure, but it never quite lives up to its media-spanning hype, being neither a great game or a great story. I’m glad I played it, but I simply can’t recommend you buy it today at full price unless you’re highly intrigued by its hybrid storytelling. For those looking for a great game or a great TV show, this probably won’t satisfy neither of those needs.

For all its flaws, though, gaming does need titles like Quantum Break. It’s an insane attempt to do something different and ambitious, and there’s no denying it pushes the envelope, making a break with the past and maybe even creating a whole new form of hybrid entertainment. I applaud it for that, even if it doesn’t quite live up to those lofty expectations. 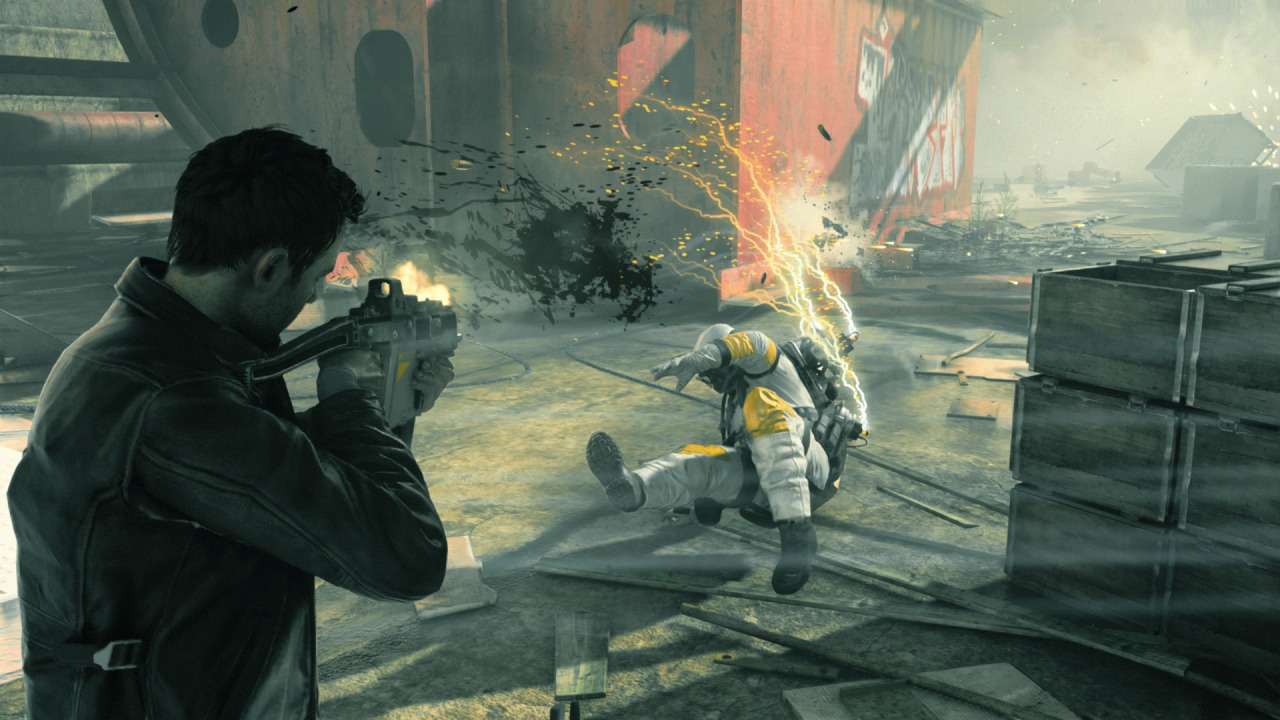