Night in the Woods is a 2D adventure/exploration game starring a cat named Mae who returns to her hometown after a dropping out of college to discover that things aren’t quite as she remembers them.

It’s all about running, jumping, astral projection, wasting time with loser friends, discovering secrets, playing bass, and breaking stuff—potentially very cool, in other words. It came out of Kickstarter in the fall of 2013 with more than four times its $50,000 goal, but the “estimated delivery date” of January 2015 didn’t happen. Fortunately, the wheels of development have continued to turn, and developer Infinite Fall announced today that the game will be out later this year.

NIGHT IN THE WOODS is an adventure game focused on exploration, story, and character, featuring dozens of characters to meet and lots to do across a lush, vibrant world. After a successful Kickstarter it’s being made by Infinite Fall, a teamup of Alec Holowka (Aquaria), Scott Benson (Late Night Work Club), and Bethany Hockenberry.

Night in the Woods was announced on October 22, 2013, on Kickstarter. Holowka and Benson set a US$50,000 funding goal, which was reached in only 26 hours. The project eventually earned over US$200,000 in crowdfunding. The additional funding allowed Infinite Fall to hire animator Charles Huettner to create additional animations, and for Infinite Ammo and game developer Adam Saltsman to create a roguelike that is playable within Night in the Woods. While Benson believed adding further stretch goals would result in additional backers, Infinite Fall limited the amount of stretch goals to avoid scope creep.Benson names Chris Ware, Mike Mignola, Mary Blair and Richard Scarry as influences on his work on Night in the Woods.Developer Alec Holowka is creating the soundtrack for Night in the Woods. A preview album consisting of four tracks from the game is currently available via Bandcamp. Holowka names DIIV as a big influence on the game’s score.

It’s not the most precise announcement ever, but it’s nice to know that things are firming up, even if there’s still a wait ahead. For now, you can find out more about the game at nightinthewoods.com 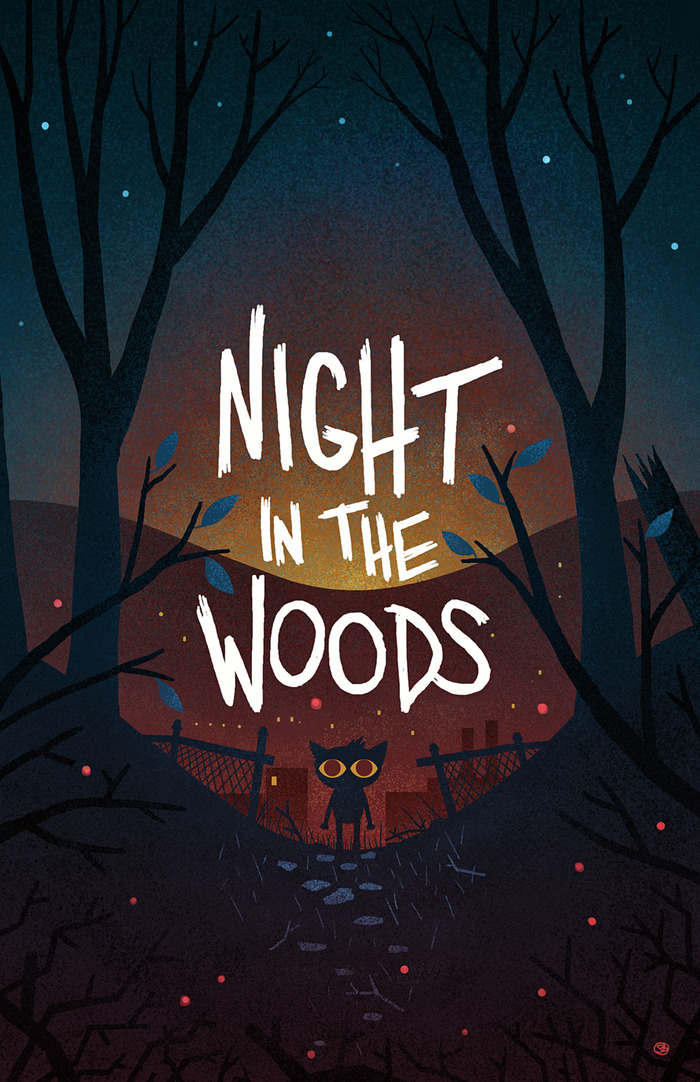