AMD has set high hopes for its upcoming Zen PC chips, but the company has now offered some clarity on how it will manufacture successor chips.

Current Zen chips will be made using the 14-nanometer process, but the next important process for AMD is 7-nm, the company said. AMD has renewed an accord with spin-off GlobalFoundries that may include manufacturing those chips using that process.

The 14-nm and 7-nm processes “are the important nodes” for AMD, said a company spokesman in an email. AMD is planning CPUs, GPUs, and custom chip manufacturing advances on those nodes.

That’s different from Intel, which is jumping to the 10-nm process next year before taking on 7-nm. GlobalFoundries’ roadmap is unclear, though it has been internally developing 10-nm and 7-nm technologies. 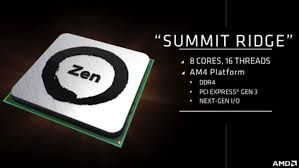 The 7-nm process is still considered many years out, and AMD didn’t say if it was planning for chips on the 10-nm process. It’s likely the immediate successor to Zen will be on the 14-nm process.

For example, Intel planned its first 22-nm chips with 3D transistors, because the manufacturing process had the capability to etch related features on chips. AMD planned its latest GPUs, code-named Polaris, and many of its features like the HBM (high-bandwidth memory) for the 14-nm process.

The 7-nm process is considered a big advance in chip making. Intel plans to introduce EUV (extreme ultraviolet) lithography on 7-nm, which helps etch finer features on chips. EUV alleviates some of the issues involved in etching smaller and smaller features on chips.

The contract actually expires in 2024, but AMD has continuously modified the contract to align with its chip supply needs. Some poor planning has cost AMD millions of dollars in losses on this contract, but the company’s chip shipment are on the upswing after years of losing market share to Intel in server and PCs.