Hellblade, the third-person action game that Sony has secured as a timed PS4 exclusive, is also in development for PC.That’s good to hear indeed.You can watch trailer below:

Developer Ninja Theory, which is perhaps best known for its work on Capcom’s DMC: Devil May Cry, revealed its Hellblade project during Sony’s Gamescom 2014 press conference. Now, five months later, the studio has revealed its plans to build a version for PC–with the possibility of even supporting 4K resolution and mod support.

“I think PC offers us a level of freedom that we haven’t had before,” the studio’s creative chief Tameem Antoniades told PC Gamer.

“We’re looking at everything we do on this project and figuring out better ways of doing things compared to how the traditional AAA console model works. And consoles are following suit with PC, but I think they’re years behind what things like Steam are doing.” 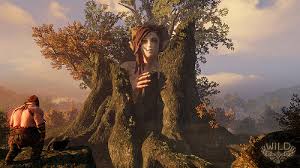 Cambridge-based Ninja Theory in one of the few independently owned triple-A studios operating in the UK. It made a name for itself with the PS3 exclusive Heavenly Sword–a game which some fans thought that Hellblade might have been a successor to (the studio denies any link).

The game was announced at Sony’s Gamescom 2014 media briefing.

Ninja Theory is calling Hellblade an “Independent AAA” game, by which they mean that it will be developed and published independently but with all the quality and production values of any AAA game on the market. According to Ninja Theory, over the course of the last 14 years they have developed three key strengths that define their games: ninja-class combat, strong character stories, and a unique art vision. In their new digital game, Hellblade, they want to take these three key strengths to the next level. Hellblade will be an experience focused on delivering a deep character in a twisted world, with brutal uncompromising combat.

The sixth part of the ongoing developer diary for Hellbalde focuses on the the combat and how the controls and the position of the camera play a huge part in the player experience.

The combat prototype shown below tackles how a over-the-shoulder camera could work with an action-heavy game like Hellblade. There is also a look at some of the animations that will be used in the final game.