At Gamescom last week, Colossal Order announced After Dark—the first expansion for Cities: Skylines. Alongside the paid-for DLC, the studio will release a major update containing a number of free new features—including a day/night cycle. It’s a release plan that should be familiar to owners of Paradox’s internally developed games. Both Crusader Kings 2 and Europa Universalis 4 have balanced large, paid-for expansions, free updates and minor cosmetic DLC.

“We’re going to work with the same strategy as Europa Universalis and Crusader Kings,” Cities: Skylines’s brand manager, Jakob Munthe, tells me. “When we release the expansion, we’re also going to release a major patch with free content.” Exactly what is in that patch hasn’t been decided yet—although the needs of the modding community are being taken into account.

“What we won’t do, unlike CK2 or EU4, is content as graphic assets DLCs,” Munthe says. “We’re so much made by our modding community that it doesn’t make sense for us to charge for it.” 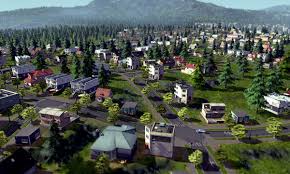 Munthe does say that they could do “very special” customisation DLC. “I’m not even sure what. Maybe new music, for example. But we won’t ever sell assets as DLC.”

use expansions to extend the life of the game for years to come. “It’s one of those practices I think is right,” says Munthe, “and we make sure players get stuff for free as well.”

6 thoughts on “CITIES SKYLINES EXPANSION WILL BE OUT SOON”