You can check new trailer for the game:

“Elite: Dangerous” is the latest installment of a long series of epic space games, starting with “Elite” – one of the most successful games of the 1980s.

New kickstarter game brings us travel throught the vast galaxy we call Milky Way.Our galaxy.  Its an awe inspiring, beautiful, vast place; with billions of star systems, planets, moons and asteroid fields just waiting to be explored, and exploited. The triumverate superpowers of the Empire, Federation and Independents dominate their core system volumes and constantly skirmish to outmaneouver one another on their frontiers. Outside their influence, in the vast majority of the galaxy, anarchy reigns supreme and spectacular discoveries await the bold.

Starting with a few credits and a basic starship, carve your own path through the richest, largest gaming sandbox ever created, set against a backdrop of raw anarchy, galactic powerplays and intrigue.  Do whatever it takes to upgrade your ship’s hull, engines, weapons, defences, cargo hold; constantly improve your capabilities and influence on your journey towards the most coveted rank in the history of gaming – ‘Elite’.

Fight, trade, hunt your way across a giant galaxy of billions of star systems, starting with a basic starship and a few credits. You can make money from trading goods between the many star systems, by destroying pirate ships (and collecting bounty), or even by attacking traders and collecting their cargo (which in turn will get a bounty on your head!). There will be missions too, and exploration. Most people will do some combination of these things. Upgrade your ship and specialise in one activity – have a trader with a huge cargo bay, or use the space for weapons and maneuverability.

Real Freedom – Go where you like, be what you like – pirate, bounty hunter, trader, assassin, or some mix of all of these.

Fight – Take on the pirates or be one yourself 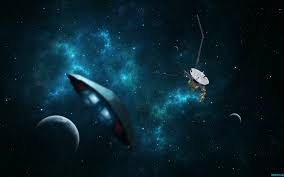 And the best part – you can do all this online with your friends, or other “Elite” pilots like yourself, or even alone. The choice is yours…